Grace Church is a congregation of the Presbyterian Church in America, and is part of the PCA’s Ohio Presbytery.

Who We Are As A Denomination

The PCA’s website, www.pcanet.org, describes “Who We Are” as a denomination in part as follows:  “The Presbyterian Church in America (PCA) was formed in 1973 to be a denomination that is ‘Faithful to the Scriptures, True to the Reformed Faith, and Obedient to the Great Commission.’  The PCA is an evangelical denomination in that we proclaim the gospel of salvation through faith in Jesus Christ. The word ‘evangelical’ comes from the Greek word meaning ‘good news.’ We desire all people to trust in the saving work of Jesus and enjoy eternal life in him.”

Where We Are As A Denomination

The PCA is one of the – or the – fastest growing denominations in the United States.  There are PCA churches throughout the nation.   For locations and more information, visit https://www.pcaac.org/church-directory/.

The PCA and its associated reformed denominations family includes many notable Christians, including:

Rev. Dr. Ligon Duncan is the Chancellor/CEO of Reformed Theological Seminary and the John E. Richards Professor of Systematic and Historical Theology. Ligon was born in Greenville, SC, and reared in the home of an eighth generation Presbyterian ruling elder. A 1983 graduate of Furman University (B.A. History), he received the M.Div. and M.A. (Historical Theology) from Covenant Theological Seminary. He earned the Ph.D. from the University of Edinburgh, New College, Scotland.  [Adapted from https://ligonduncan.com/about-ligon-duncan/.]

Rev. Frank Reich, the head coach of the Indianapolis Colts. Reich attended the Charlotte Campus of Reformed Theological Seminary in Charlotte and he earned a Master of Divinity degree. He served as president of RTS’ Charlotte campus from 2003 to 2006. Reich was also a pastor at Ballantyne Presbyterian until he moved to Indianapolis.  [Adapted from wikipedia.com.] 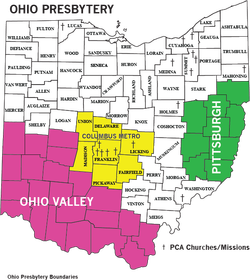 For more information about and links to webpages for PCA churches in  the Ohio Presbytery, visit http://www.ohiopres.org/churches.html.

Grace PCA, itself a church plant, was instrumental in planting or transitioning two of our sister churches in the Ohio Presbytery.  The church plant, now particularized, is Trinity Presbyterian in Northern Stark County, Ohio, https://trinitychurchohio.org/.

Rev. C. Lee Hutchings serves as the pastor of Trinity PCA.  Lee was called by the session (elders) of Grace Presbyterian Church in Hudson, Ohio to be the Assistant Pastor for Church Planting in March 2018 with the responsibility to plant a PCA church in Northern Stark County.  Trinity is now a thriving congregation.   Trinity was particularized (becoming a fully independent church) on February 14, 2021. He and his wife, Diane, are the proud parents of one son, Harper. 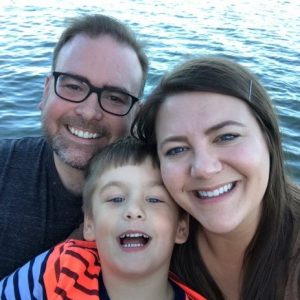 Grace PCA also served Veto PCA in Vincent, Ohio in its transition from another denomination.  For more information, visit https://www.vetopca.org/.  In August 2020, Veto Church formed a Pastoral Search Committee to call a senior pastor.  Grace’s senior pastor and some of Grace’s ruling elders served on Veto’s Session, which is now moderated by Pastor Mark Bell of Cornerstone PCA in Boardman, Ohio. 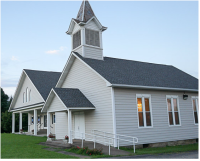 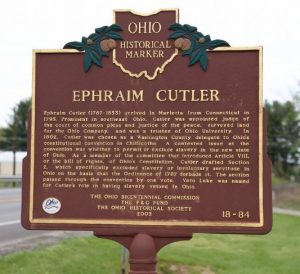 The name “Veto” conveys an important historical legacy.  In 1802, Ephraim Cutler served as a Washington County delegate to Ohio’s constitutional convention in Chillicothe.  As a member of the committee that introduced Article VIII, or the bill of rights, of Ohio’s Constitution, Cutler drafted Section 2, which specifically excluded slavery in Ohio.  The section passed through the convention by one vote, thus having slavery vetoed in Ohio.